Best Actor: Andy Serkis for Dawn of the Planet of the Apes 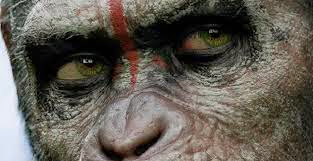 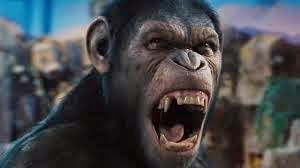 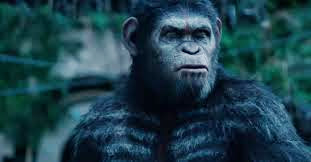 In Rise of the Planet of the Apes (2011) the skillful agility and facial expressions of Andy Serkis, rendered by means of motion-capture CGI, brought the character of Caesar alive in a re-imagining of the Apes saga.

In this year’s Dawn of the Planet of the Apes Serkis continues to prove his talent for what is mostly silent acting, further developing the character of Caesar through expressive body language and subtle facial inflections.

At this point in the year, Serkis is my nominee for Best Actor, 2014. The new Apes film is not as taut or compelling as the first installment. Its first half is the better half as it establishes the visuals and atmosphere of the Apes’ colony in Muir Woods. The image of apes riding horses is an immediate reference to Planet of the Apes (1968), and I enjoyed visual touches like that. The film’s latter half, however, subsides into a clichéd battle between apes and men and comes to a climax with a combat between Caesar and his rival, Koba, that reminds you of every last boring fistfight between a long list of boring superheroes and their boring foes. Nevertheless, throughout the film, Serkis as Caesar is a compelling driving force.

For the inevitable sequel, I would like to see the dawn of a lot more imagination as the filmmakers re-imagine what comes next.


Posted by Richard Bellamy at 1:26 PM No comments:

The Rover, with Guy Pearce and Robert Pattinson, makes The Road seem cheerful. Well, not quite, but this bleak post-apocalyptic shoot-'em-up might even depress Cormac McCarthy. Pattinson does a good job of channeling James Dean as Lennie Small. 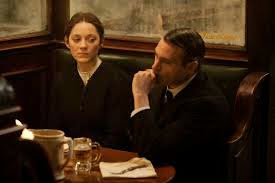 Excellent performances by Phoenix, Cotillard, and Renner in The Immigrant, the story of a Russian immigrant sacrificing herself to get her sister off Ellis Island. Superb art direction. Very authentic atmosphere that transports you to 1920s New York City. 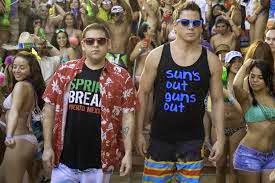 Jonah Hill and Channing Tatum are indeed hilarious together. 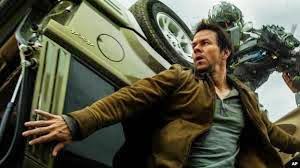 Yes, I saw it. And it took my mind off things for nearly all of its epic two hour and forty-five-minute length. Two hours and forty-five minutes! Geez louise! What temerity. But, I have to say, Mark Wahlberg carries you through it with his wide-eyed action movie sincerity, and he invests himself in his role as a father trying to save his daughter - and the world. "It's a transformer!" Who else could have said that with the same geeky passion? Also, there's some nice humor as he objects to his daughter's relationship with an older guy while they are running away from the bad bots. The film downplays the clish-clash cacophony of clattering contraptions constantly crumpling into cars - and we get some very interesting action aboard the huge, gothic alien spacecraft as well as a clever fight between good guy and bad guy in a high-rise slum in Hong Kong. All the action played out in Hong Kong is nicely filmed.

Posted by Richard Bellamy at 6:02 PM No comments: