In the Land of Movies 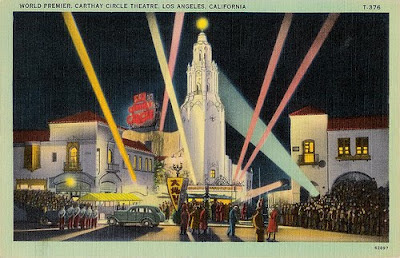 This month, my movie-going daughter, Jane, and I spent two weeks in the L.A. area, the land of movies and many wonderful cinemas, staying with her aunt, uncle, and grandmother in Pacific Palisades.

I was hoping for a showing of Lawrence of Arabia or Ben-Hur at the Egyptian, but no such luck. Gone With the Wind was playing at the Aero, but I’m not a fan. 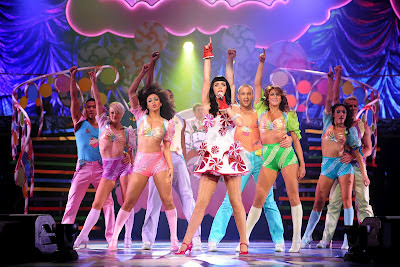 Anyway, Jane had dibs on first viewing, so we took in Katy Perry: Part of Me at the Third Street Promenade in Santa Monica. I expected merely to tolerate this life-story/concert pic, but I rather enjoyed it. I had no idea Perry was the daughter of Evangelical Christian parents, both of them ministers. My favorite part comes when Perry’s parents are hanging out in the dressing room before the big performance, and Katy asks her mother which of her songs is her favorite. “’I Kissed a Girl’”? she teases. “Not that one,” her mother says sweetly, refusing to sound shocked. Katy Perry’s stage fashions are beyond bizarre, but she’s a good performer, and I liked the little added drama involving her side trips overseas to spend breaks with her hubbie, Russell Brand, how this wears her down to the point of collapse, and how their breakup threatens the show. Will she go on stage or give up? We know she’ll get out there and belt out “Firework.” As for Russell, he’s a creep. I think his accent's a put on.

I was at least hoping that The Amazing Spider-Man would be playing at Grauman’s Chinese Theatre, one of the best movie-viewing venues in the world. But that magnificent screen bordered by those opulent curtains was still showing Tyler Perry’s: Medea’s Witness Protection. Go figure! At least we took time to look at the footprints of the Harry Potter and Twilight casts, along with other famous footprints. 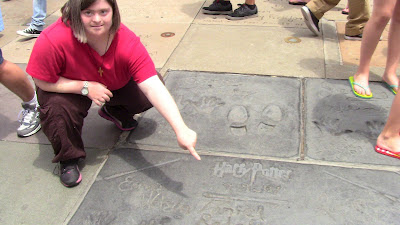 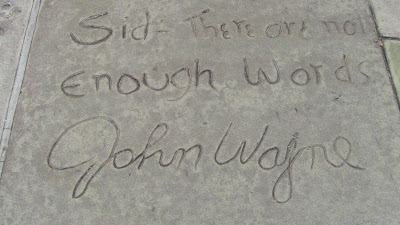 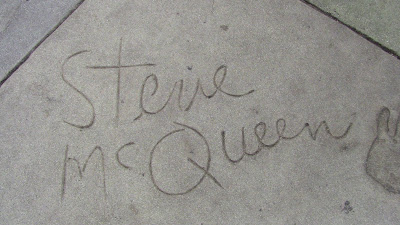 Read more »
Posted by Richard Bellamy at 4:00 PM No comments: 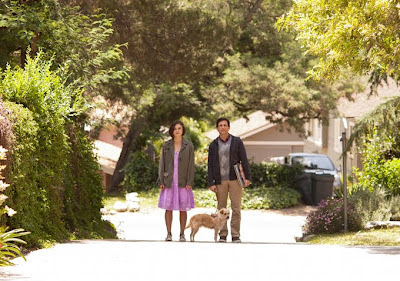 Out there right now are three enjoyable films that explore that persistent human endeavor to find somebody love. All three films offer laughs, fine performances, and moments for poignant self-examination. In each of the three films, quirky circumstances throw together a man and woman in unexpected partnerships that might seem unlikely on the surface. But, as the individuals involved realize, what you feel under the surface is more important. In addition, each film ends with the encouraging suggestion that, no matter your personal troubles, there is someone out there for everyone.

In Your Sister’s Sister, directed by Lynn Shelton, Jack (Mark Duplass) and Iris (Emily Blunt) have been best friends for many years. That’s why Iris sends Jack, who is grieving the loss of his brother, to her family’s island vacation home for a much-needed getaway. When Jack finds that Iris’s sister, Hannah (Rosemarie DeWitt), is also there for a getaway after breaking up with her female partner, Jack and Hannah complicate things for Iris, who also turns up at the cabin and is secretly in love with Jack. 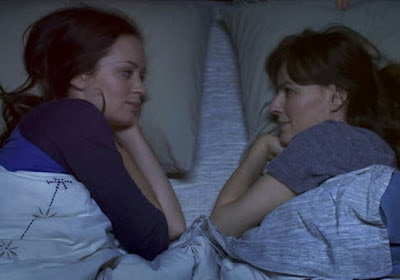 While presenting sticky situations that provide some clever humor, the film doesn’t draw out the comedy of errors to a silly extent. Characters are quickly forthcoming, as seen in some touching, sensitively performed moments. Evoking a sharp sense of place – a summer island that makes you feel like you’ve been there – and offering some brilliantly genuine acting, especially on the part of Emily Blunt, the film’s strengths are in its lucid moments in which believable characters express their hopes and desires in believable ways.

Read more »
Posted by Richard Bellamy at 9:00 PM No comments: