Who are your favorite characters in American history? 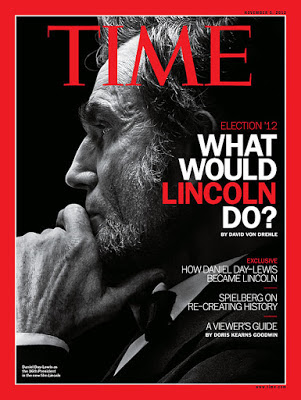 Upon seeing the cover of this week’s TIME, I felt a burst of emotion, not because I'm a Lincoln enthusiast, though there is much to admire about the much-admired 16th President of the United States. It was more out of a passion for the performances of Daniel Day-Lewis, the actor shown on the cover, and my eager anticipation for Spielberg’s upcoming Lincoln.

Once again, Day-Lewis has invested himself in his role in true Day-Lewis immersion style. Apparently, he has reproduced Lincoln’s odd voice like no other performer. It sure sounded that way as I sat through the preview this weekend before a showing of Cloud Atlas; though I closed my eyes to avoid spoiler images, I couldn't help hearing Lincoln's voice, which sounded nothing like Daniel Day-Lewis. Much more than that the film is about Lincoln, I look forward to the film for Day-Lewis’s performance and for the Civil War period depictions, as well as for a sense of wonder and a swelling hope-in-cinema I always feel in anticipation for a Spielberg-directed film (although that butterflies-in-my-stomach hope is often disappointed).

As for Lincoln, one of the most famous figures in the American history I have taught 8th graders for the past twenty-seven years, I have always felt kind of indifferent toward the man. Yeah, he was folksy, funny, bookish, determined, assassinated, and he put an end to the pernicious institution of slavery (which inevitably would have been ended by some president), but he was surrounded by monumental events that always seem to dwarf the man. I never feel Lincoln. Perhaps Spielberg and Day-Lewis will make me feel differently.

I welcome you to join me. Who are your favorite characters in American history? Pick one, three, or five, however many you want. Explain a little why they are favorites. Go a step further and imagine these figures in a bio-pic. Who would you like to see play these characters in films? Or, if you are satisfied with a past portrayal, who played the role well?

My Favorite Characters in American History

Don’t get me wrong. I don’t idolize the man. (If anything, I idolize his Native American enemies.) I see him for what he was – a reckless glory-seeker. But I have to admit I have a read a lot about the guy, and my fascination for him, and the Battle of the Little Bighorn, drew me to make two trips to the National Monument in Montana during two consecutive summers. He certainly had a dramatic life: all those daring cavalry charges during the Civil War and, of course, his demise in one of the most dramatic moments in American history. I am fascinated by his audacity and blind courage and the enigma that surrounds him. Why the hell did he divide his meager, exhausted troop into four contingents in his advance upon a vast Indian village that contained two thousand fighting men? And then why the hell did he leave half of his contingent on a ridge while he went ahead with a hundred to look for a way to attack the village? My fascination for this enigmatic American man, as well as a childhood during which I played Custer in countless re-enactments of Custer’s Last Stand in my backyard, makes him my favorite character.

As for the many performers who have portrayed him in films, none of them have captured the real Custer. I’d like to see Ryan Gosling take a stab at it. 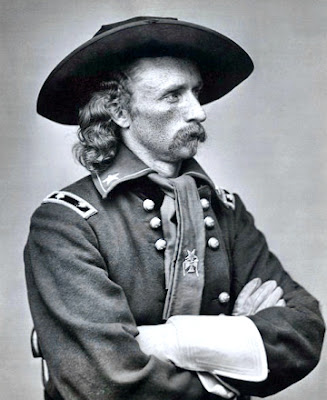 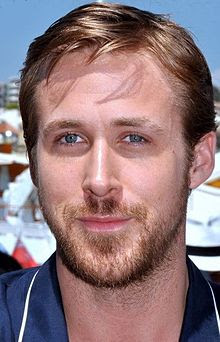 She might well be the famous American I admire the most. She’s a man’s woman, helping the wounded under fire at Antietam, identifying the dead at Andersonville, organizing relief measures for the survivors of the Johnstown Flood. Wow! Why hasn’t anyone made a movie about this woman?

As for an actress to play her, Claire Danes has something in her face that bears a resemblance. I’m open to suggestions, but I’m sure Danes could do a good job. Somehow, Clara Barton is the type of role Hilary Swank usually lands, but I just don’t see her in the part. 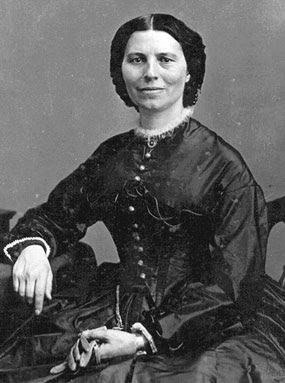 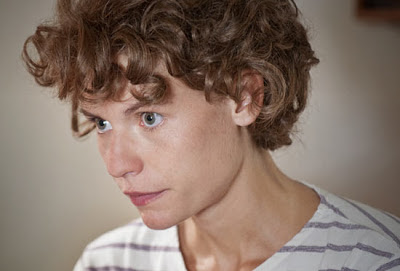 When political affairs in D.C. are at their most absurd, I turn anarchist. Long live anarchy! And my favorite anarchist is Lucy Parsons, wife of Albert Parsons, one of the four anarchists wrongfully tried, convicted, and hanged for their beliefs as a result of the 1886 Haymarket Square Bombing. When Lucy went to the prison to see her husband on the morning of the executions, she was cruelly told to wait in a room. Three hours later, the police came for her and told her the hangings were over. Lucy took up her husband’s crusade as an anarchist labor activist, campaigning for labor reform and women’s rights. She died in a fire in 1942; some sources suggest foul play, so perhaps she had been killed for her beliefs as well. Again, somebody make a movie about this woman! I have a poster of her up in my classroom. 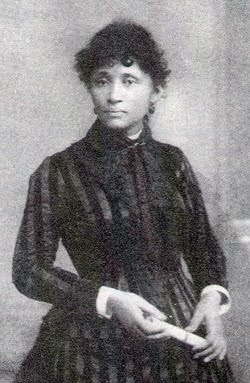 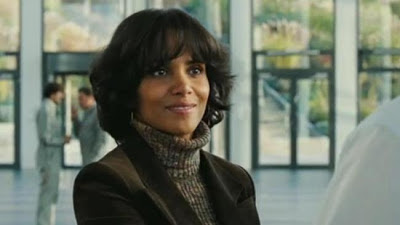 Yeah, I know. What did he do? Died at the Alamo. But his is such an iconic American persona. As the backwoodsman who served a number of periods in the U.S. Congress, he is a fine example of the egalitarian ideal. He was funny, too. When he lost his final campaign, he said, “You may go to hell, and I will go to Texas.” Darn! See what you get for cussin’, Davy! In addition, Disney’s The Adventures of Davy Crockett and John Wayne’s The Alamo impressed themselves upon my childhood imagination so deeply that I can’t leave Davy off the list.

I thought Billy Bob Thornton’s portrayal of Crockett in the 2004 The Alamo was spot on and very memorable, but I’d love to see a film that covers Crockett’s whole life, and I’d like to hand the job to Sam Rockwell, who fit right into that backwoodsy atmosphere in The Assassination of Jesse James by the Coward Robert Ford. 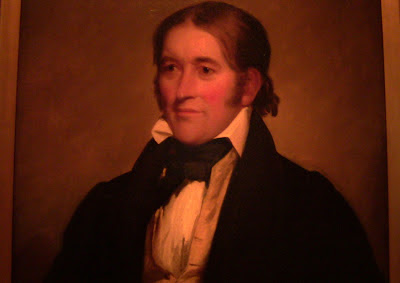 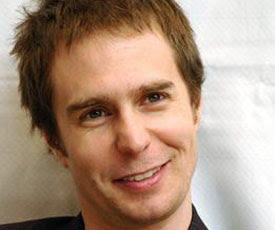 Teddy is my favorite American president. (He and Lincoln are the only Republican presidents I admire.) He was a Republican with a social conscience and quite the character. With a little more effort, I might think of a recent actor who could portray him memorably, but I am totally satisfied with the memorable performance of Brian Keith as Teddy in the 1975 film The Wind and the Lion. Keith masters the toothy grin and sometimes plays Roosevelt as caricature, but in a number of touching, quiet moments, Keith captures the man. Out on the shooting range, he confesses to his daughter, “I’m blind in that eye . . . but don’t tell Edith. Maybe it’ll go away.” In another scene, after all the foreign tension is resolved, Teddy just wants to commune with the bear he shot while playing cowboy in Yellowstone. “And now, I’d just like to be alone with my bear.” Bully! 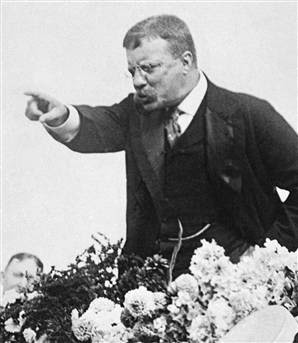 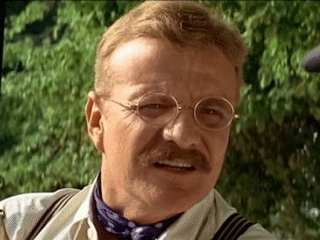 Posted by Richard Bellamy at 5:50 PM No comments: