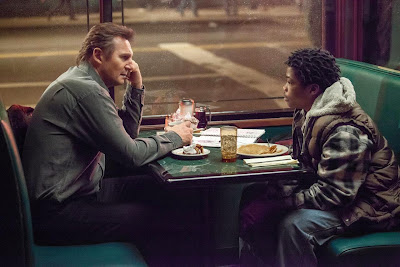 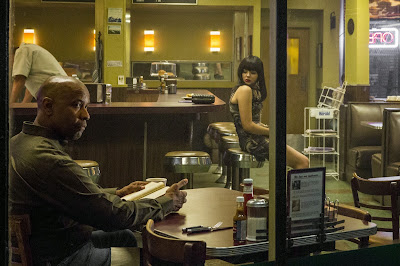 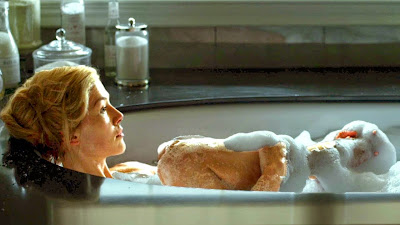 The best of the three - A Walk Among the Tombstones - features Liam Neeson in his usual guise as the tough-guy-who-feels-pain-both-inner-and-outer as he searches for and fights two gruesomely psychotic serial killers. There is a taut showdown among the tombstones, but the final act turns unnecessarily lurid and derivative.

In the same way Neeson’s guilt-ridden Matt Scudder bonds with a young outcast in a diner, Denzel Washington’s smoldering loner Robert McCall strikes up a relationship with a teenage hooker in a diner in East Boston in The Equalizer. Denzel’s diner scenes with Chloe Grace Moretz are superbly shot and performed. The rest of the film turns into an excessive, often silly, deluge of blood spilt as McCall sets out to eradicate all the bad guys involved in victimizing the “innocent” girl.

Finally, Gone Girl is mostly a dull ride as Ben Affleck goes through the motions as the framed hubbie, and Rosamund Pike comes off as mostly unchilling as the cold-blooded "Amazing Amy" Dunne. What happened here? Part of the problem is that the novel is a long and drawn out melodrama that stretches credibility to the snapping point. David Fincher seemed promising as the kind of director who could turn it into something visually arresting and disturbing, but Fincher is tame until a stand-out scene of orgiastic blood-letting that certainly woke me up. Ultimately, however, the film as a whole is a bland disappointment.
Posted by Richard Bellamy at 8:28 PM No comments: