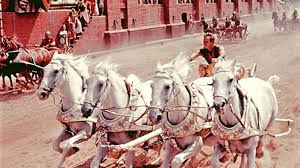 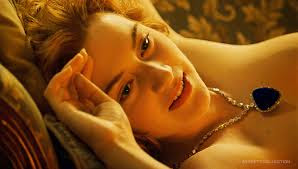 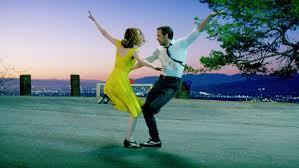 LIVE FEED STARTS AT 8:30 EST. All times noted will be EST. Don't forget to REFRESH the feed. Also, feel free to post comments. I will respond to comments on the post. (See below for an explanation of my mission.)

Getting close to curtain time!

8:30: Good start! Justin Timberlake sings "Can't Stop the Feeling" all through the theater.

8:46: Finally - first award. No chance for La La Land in this category. I was saying earlier that often musicals have colorful supporting characters, but not in La La. Best Supporting Actor . . . and the winner is Mahershala Ali. MOONLIGHT: 1 LA LA LAND: 0.

8:52: Suicide Squad gets it for Makeup. In your face, La La Land! Oh, sorry, it wasn't nominated.

Uh, oh, the Costume Award. Some competition here. And the winner is . . . Fantastic Beasts. Sweet! Thank you, Harry and Hermione, for this magic trick. La La Land is now down two (since it's going against itself in Best Song).

9:10: Best Documentary - I have met Owen Suskind, the subject of Life: Animated. Darn, it didn't win! Then, again, neither did La La Land.

9:26: Uh, oh, Sound Editing and Mixing. Know which is which? Editing creates the sound. Mixing adds it. Arrival I hope!

Yes, Arrival gets it! La La Land is down three. It must win 11 to make the record. Not a chance! Feeling good! I like how, so far, there has been no sweep. Arrival deserved something.

And Hacksaw Ridge gets something too. Mel is happy.

9:33: We are in the clear! La La Land can only win 10, and it's not likely to do that. I kind of feel bad. Not really. But with the spread of Oscar winners - does that mean Moonlight or Manchester has a chance for Best Picture? Exciting!

This also means my job is done! Goodnight! Naw, I'll hang in there a while longer.

9:57: Best Foreign Film goes to The Salesman. Protest speech from the director! Good one. How long will it take for a Trump Tweet?

10:10: Piper wins for Best Animated Short - I saw it, but I have to say the clips from the other nominees looked better than Piper was.

Best Animated Feature - I saw them all - and I loved Zootopia but it will be nice one day when a small studio wins in this category. I feel bad for Kubo.

Ooh! "Fear of the Other" mentioned in acceptance speech. Wow, I taught that as reflected in 50s films in Film History at my former school where Film History no longer exists.

Production Design goes to La La Land. Oh, well. Lots of competition here - but Allied deserved it for creating Casablanca in the 1940s, and it wasn't even nominated.

10:19: So, you're taking a tour of the Kodak Theater while the Oscars are going on and you're taken backstage and you think you're not going to end up in the theater for a gag? Not likely.

10:26: Okay, Special Effects - Felicity Jones is cute - I love her - and The Jungle Book gets it, deservedly, though I guess it's Disney and they've got the best of the best. Thought for a minute that Kubo might get it.

10:36: Film Editing - thought we did this one. Oh, well - Hacksaw Ridge slips in another surprise of the evening. Thought for sure it would be La La Land or Arrival. Man, and I was worried La La Land would sweep the Oscars.

10:58: All right, Cinematography - this is what film is all about and we have images of an alien spacecraft and Japan in the 1500s and crowd scenes in India and the touching swimming scene in Moonlight and the Oscar goes to La La Land with images that are 95% digital effects.

11:09: Ah, snooze, a song from La La Land. Don't know if I'm going to make it much longer. Bed sounds good. No worries about La La Land hitting the record, so my job is done.

11:15: Yeah, now it starts. La La Land scores for Score. I love musical scores - and I can't think of one memorable score this year. No Mad Max: Fury Road this year,

Best Song - La La Land wins one, loses the other.

WTF! - "I was educated in a public school where arts and music are valued." Yeah, right, if the school gets enough funding! Otherwise, not. And I guess private schools don't value arts - so that's why I directed 28 full-length stage productions.

11:33: Amy Adams and her boobs announce nominees for Best Adapted and the winner is Moonlight I predict . . .

And the Best Director (shown below directing a tense zombie sequence): 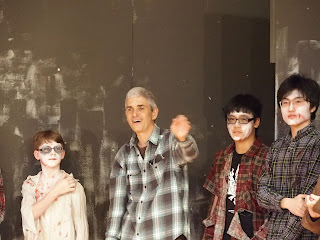 Do I need stay up for Best Picture?

Yes, it is. Moonlight wins, deservedly, but not until after the Emma Stone - Best Actress/Faye Dunaway Flub. Warren Beatty opens the envelope. He looks puzzled or maybe it's just senility. He looks in the envelope for another card. Looks like he's toying with the contestants. Faye takes the card. Reading skills! She doesn't call anyone over to explain what the Emma Stone card might mean. She announces La La Land - which would be anyone's best guess based on the Best Director win. But Price Waterhouse screwed up big-time.

The nominations are all over La La Land even though I don’t know how popular it was with viewers. Viewers liked it – okay. I was underwhelmed. No catchy songs – and the songs didn’t elicit much emotion. Not much story – and what story there is has been told multiple times: young persons pursue their dreams in Hollywood, fall in love, one makes it, the other makes it so-so.

So why has this film been so popular with critics and the Academy?

2. It’s a musical. People in a traffic-jam burst into a sprightly dance number. Emma Stone swishes her dress as she embarks on a girls’ night out on the town with her roomies.

3. Trump got us all depressed. Then along came La La Land to cheer us up, and musicals are inherently cheerful.

So here’s my prediction: La La Land will win Best Picture, and I’m fine with that. It’s a done deal – unless this year’s awards turn out to be as surprising as the recent Super Bowl. I expect it to win. I enjoyed the other films nominated for Best Picture but I’m not passionate about any of them. I think Moonlight is the best-made film of the lot – the artistic and touching indie – but I’m not passionate about it.

Again, I don’t care if La La wins Best Picture and a bunch of other awards it doesn’t really deserve.

I just don’t want it to win 11 awards to tie the record or, horrors, surpass the record! I don’t want it to tie Ben-Hur and Titanic for most Oscars won: 11. (Yeah, yeah, that includes Return of the King too, but that was more of an installment or episode – part of a masterpiece trilogy that deserved some sort of award.) Beyond the fact that Ben-Hur has the unsurpassed chariot race and Titanic has the masterful sinking of the great ship - oh, and Kate Winslet in the drawing scene, let’s not get into why I don’t want La La to win 11 or 12. Let’s move on.

If you care about this, the situation is very dicey!

Here’s the deal - La La is nominated for 14 awards. Yikes! This makes me nervous – but wait! It can’t win 14 because it’s competing against itself for Best Song. It could win 13, but that won’t happen. Gosling won’t take Best Actor against Affleck or Denzel. That bumps it down to 12. It must lose two more! I predict, I hope, it will not win for Best Original Screenplay. Voters might want to honor Manchester By the Sea. That cuts it down to 11.

Oh, shit! One more! It must lose one more!

It does not deserve Best Cinematography - there's Silence and Arrival, but when the Academy voters latch onto a favorite they vote without imagination and they fall into sweep fever – give it all to the favorite! Or, Justin Timberlake could come through for us and take Best Song for "Can't Stop the Feeling" - the kind of catchy song La La needed. Could Meryl Streep's outlandish costume for Florence Foster Jenkins choke the competition? Could the Force be with us so that Rogue One gets it for Sound Mixing? Unfortunately, Allied - which created multiple blocks of Casablanca and London in the 1940s - is not nominated for Production Design.

In the spirit of meaningless pursuits – at a time when such trivial diversions are crucial for maintaining one's sanity during the current administration in Washington - join me for a Live Feed La La Land Watch this Sunday, February 26, at 8:30 EST (at 5:30 out there in La La Land).

(Once the winners start being announced – be sure to refresh this feed for updates.)
Posted by Richard Bellamy at 9:51 AM No comments: