Yellow Sky, directed by William A. Wellman, is a dramatically exquisite black-and-white Western shot in Death Valley and the Alabama Hills of California. It is the kind of Western that makes you feel the heat and dust as well as the sting of bullets ricocheting off granite. 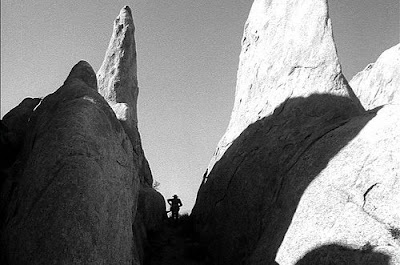 Played out almost entirely in exteriors set in an isolated wilderness of desert and rock, it is a raw tale of greed, redemption, and sexual awakening.

Uncharacteristically dirty and bearded, his lip cracked deeply by dehydration, Gregory Peck plays Stretch, called James Dawson prior to his outlaw days, the tough leader of an outlaw gang that’s been together too long. 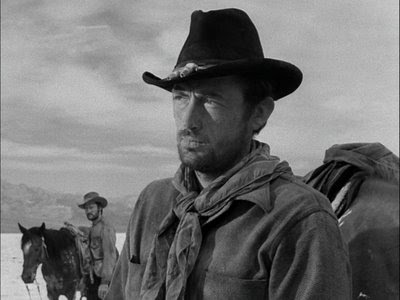 Stretch’s leadership is tenuous, always threatened by Dude (Richard Widmark) and Lengthy (John Russell), so he has to be tough. He’ll share water with his horse, but he won’t share it with a gang member stupid enough to fill his canteen with whisky. 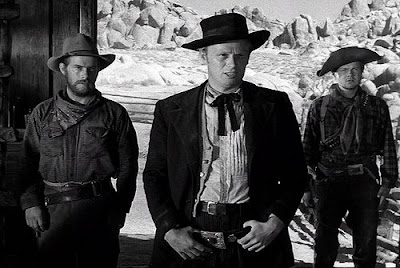 After a bank robbery, the gang is pursued by the U.S. cavalry and forced to cross a hellish salt desert. Extreme long shots lose the outlaws in a vast gulf of emptiness between civilization and the desolate ghost town of Yellow Sky. 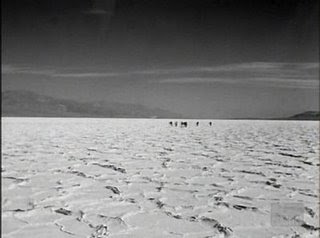 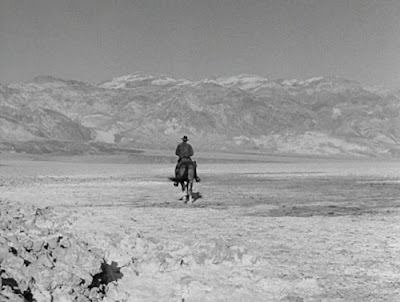 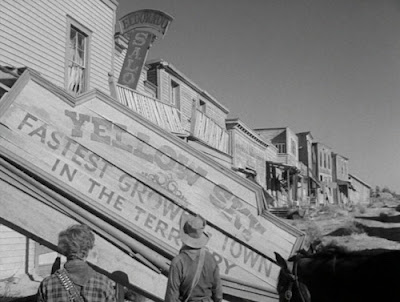 In Yellow Sky they meet a Winchester-toting young woman named Mike (Anne Baxter) who lives on a ranch outside the town with her Grandpa (James Barton). 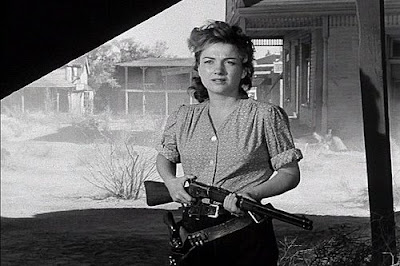 But all bets for peaceful coexistence are off when the outlaws learn that Grandpa has been working a bountiful gold strike in the mountain. Sympathetic to Mike, Stretch wants to share the gold. Dude, played by Widmark as a cold, asexual sociopath, only wants the gold. Lengthy could care less about the gold; he just wants a night with Mike. 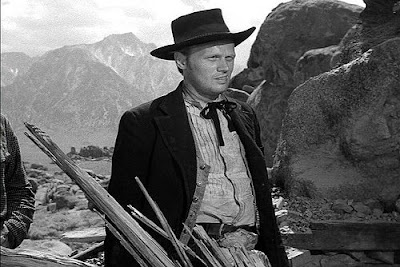 Baxter plays Mike as a feisty hellion. Raised by Apaches, she’s a sure shot with her Winchester and she can wrestle like a wildcat. 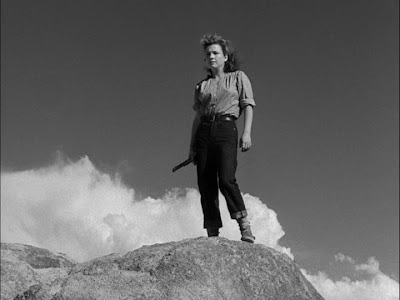 But Mike is torn between the rough exterior she must assume in order to survive and the feminine side within. Her strides are swift and determined, but she is all hips, her tucked-in blouse reveals a shapely waist, and her given name is Constance Mae. 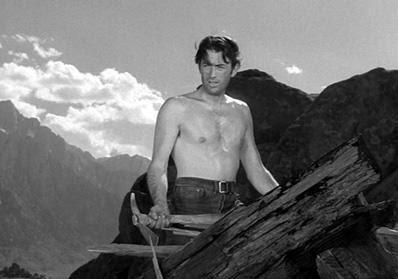 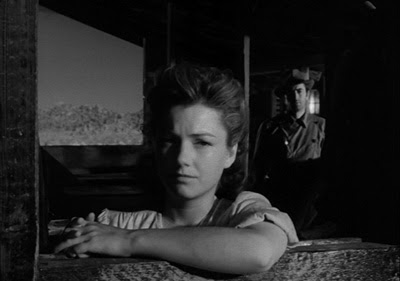 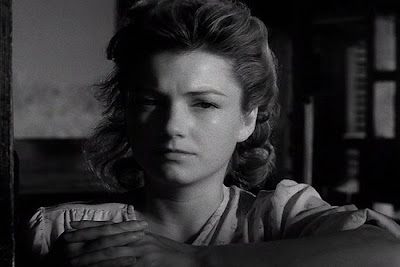 Stretch’s longing for Mike and a new life, Mike’s sexual awakening, Dude’s monomaniacal greed, and Lengthy’s lust for flesh are powerful forces that come crashing together in a rugged setting. Protagonists and antagonists are framed against a vast pale sky and massive rocks or choked by dark shadows. 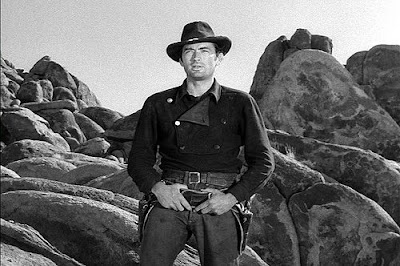 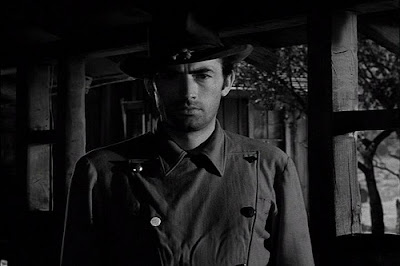 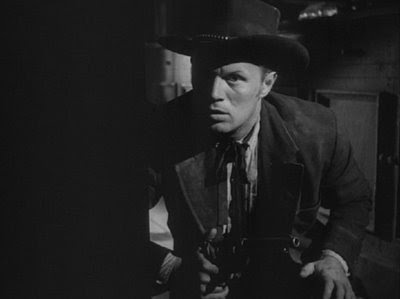 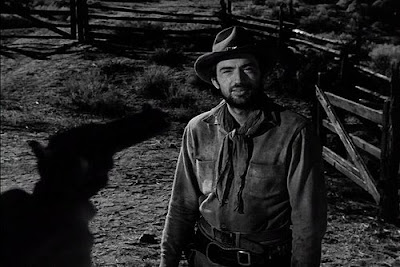 Posted by Richard Bellamy at 7:53 PM