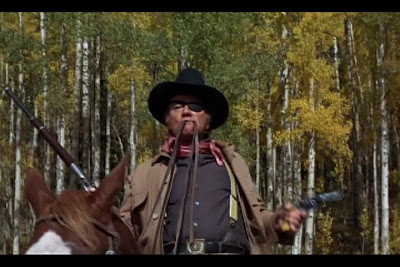 I started this series with "Yes!" Moment #1 and it's time to move on to other projects - but I had to include a moment in my movie-going life that was a true "Yes!" Moment that made me cry out, "All right!" and, as I recall, leap out of my seat.

What a great moment in a beautifully filmed scene. It looks like Rooster Cogburn (John Wayne) has betrayed Mattie Ross (Kim Darby), but here he faces down the four bad guys led by the Lucky Ned Pepper (Robert Duvall). Called a one-eyed fat man, Cogburn calls back, "Fill your hands you son of a bitch!" A great line that only Duke could deliver just right.

What follows is one of the most beautifully filmed shootouts in the history of the Western - as shown below. 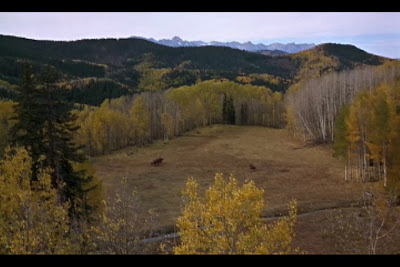 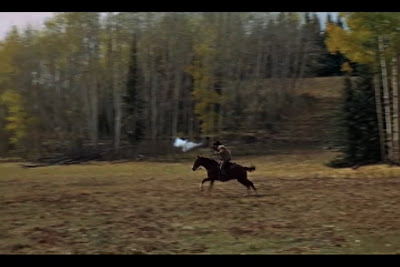 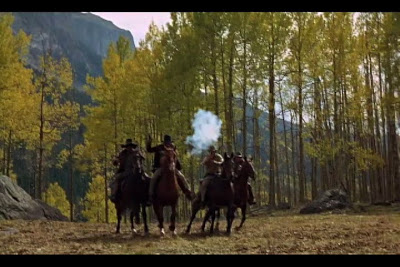 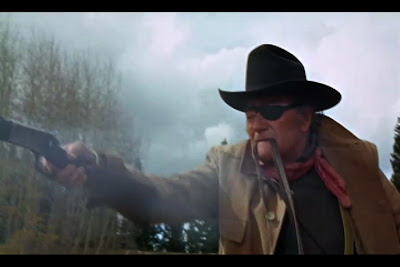 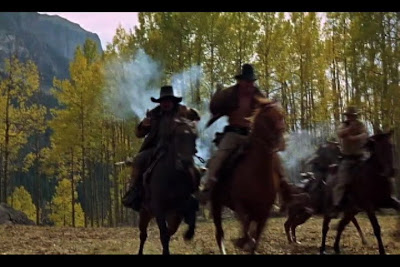 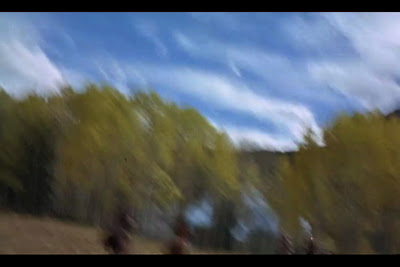 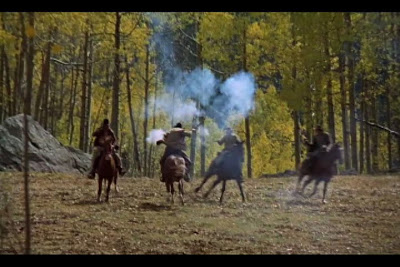 Posted by Richard Bellamy at 5:00 AM